Nearly 15 million babies are born annually before reaching 37 weeks gestation. Premature birth is the leading cause of death among children younger than five years old, and can cause lifelong learning disabilities, visual and hearing problems, the World Health Organization (WHO) reports.

Researchers for the Stockholm Environment Institute (SEI), the London School of Hygiene and Tropical Medicine and HAQAST member, Daven Henze at University of Colorado, have concluded that as many as 3.4 million premature births across 183 countries could be associated with fine particulate matter, a common air pollutant, with sub-Saharan Africa, north Africa and south and east Asia most impacted by the issue.

“Preterm birth and associated conditions are one of the biggest killers of children in the US and worldwide,” said Dr Paul Jarris, chief medical officer at the March of Dimes, a US-based nonprofit focused on maternal and baby health. “Yet, there’s a lot of things we don’t know about what causes preterm birth, so every bit of information we can get is helpful.”

“We have known for a long time that air pollution contributes to asthma and heart disease in adults,” said Jarris. “What I think people fail to recognise is that so many of these risk factors impact babies before they are even born.”

Previous studies have looked at how effects of air pollution in utero might negatively impact babies’ birth weight, or the likelihood that they will be born early. SEI’s study, which examined data from 2010, attempted to calculate how those factors might influence the global rate of premature births.

“By showing in our study that 18% of preterm births are associated with air pollution, we are quantifying the health impacts of fine particulate matter on babies before they are born,” said Chris Malley, a researcher in SEI’s York Centre, at the University of York and lead author on the study.

Each year, around one in every 10 babies worldwide are born prematurely, according to the WHO. Africa and south Asia bear a disproportionate burden of premature births, accounting for 60% of all premature births globally. That region also dominated SEI’s report of premature birth associated with air pollution. 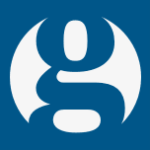 This post is an excerpt from an online Guardian news article from Feb 16, 2017: “Millions of premature births could be linked to air pollution, study finds“