NASA Health and Air Quality Applied Sciences Team (HAQAST) is a collaborative team that works in partnership with public health and air quality agencies to use NASA data and tools for the public benefit. Satellite Data for Environmental Justice (SD4EJ) is a NASA HAQAST Tiger Team whose goal is to integrate satellite data into environmental justice (EJ) screening and mapping tools. Satellite data have strength in spatial coverage to comprehensively identify and target EJ communities for investments and remediation. Through the use of satellite data, we can discern differences in heat, pollution, and other environmental hazards within cities.

This Tiger Team is engaged with several partners who map EJ indicators, and the team works towards sharing, reformatting, and interpreting satellite data for EJ applications. The content below highlights a few of the team’s many partners exploring how satellite data can complement their existing work to understand and advance environmental justice. 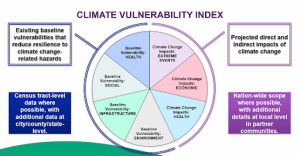 United States Environmental Protection Agency (EPA) Office of Environmental Justice:
The EPA has an environmental justice screening and mapping tool, EJScreen. SD4EJ is exploring how NO2, an air pollutant not currently included in this screening tool, might provide additional insights into air quality and health disparities. Global estimates of surface NO2 concentrations at 1km x 1km are documented in Anenberg, Mohegh, et al. (2022).

The South Coast Air Quality Management District (SCAQMD):
The South Coast Air Quality Management District (SCAQMD) is responsible for controlling emissions from stationary sources of air pollutants. The SCAQMD has instituted several community initiatives to help improve air quality for residents of the south basin, including the Environmental Justice Program. The goals of this program are to advise on environmental justice issues, create and sustain positive and productive relationships between the South Coast AQMD and community members, and contribute to the progress and achievement of environmental justice through decisions and activities. The SCAQMD team is working to understand environmental justice issues related to the Ports of Los Angeles and Long Beach and the growing impact of warehousing and e-commerce in Southern California.

This Geographic Information System StoryMap and Dashboard of the United States uses satellite data to map air quality and socioeconomic data around race, ethnicity, poverty, and health status. This data helps identify the most vulnerable communities or individuals and recognize environmental justice issues. 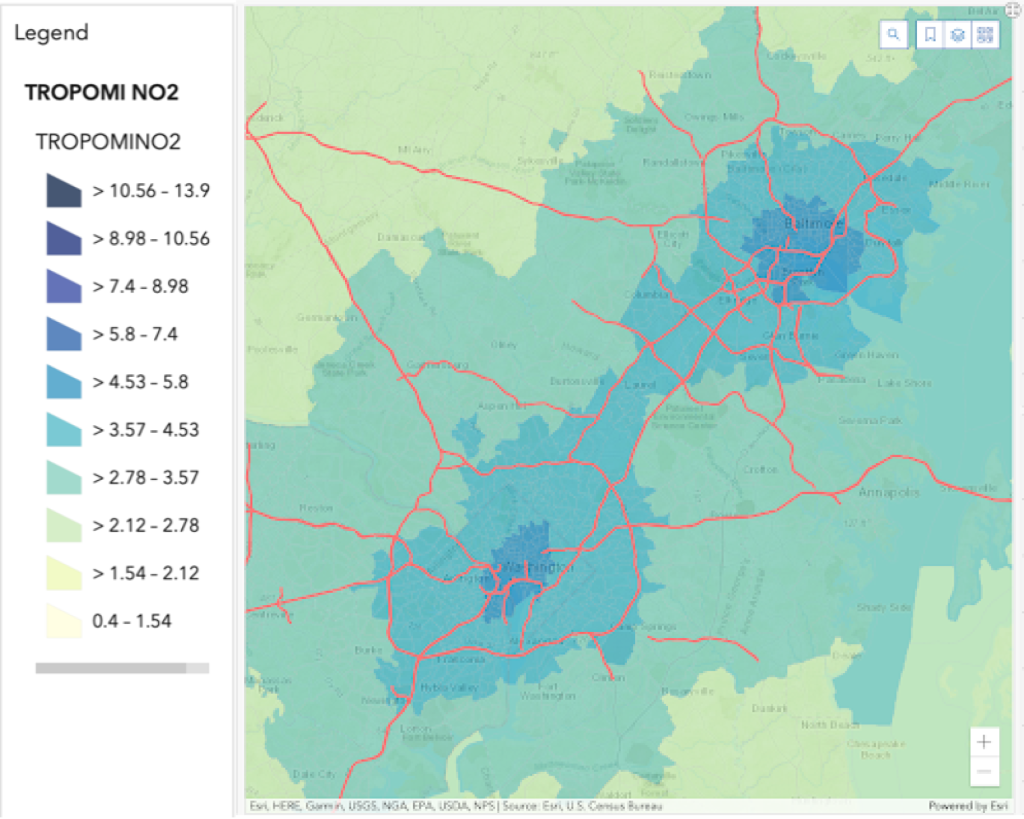 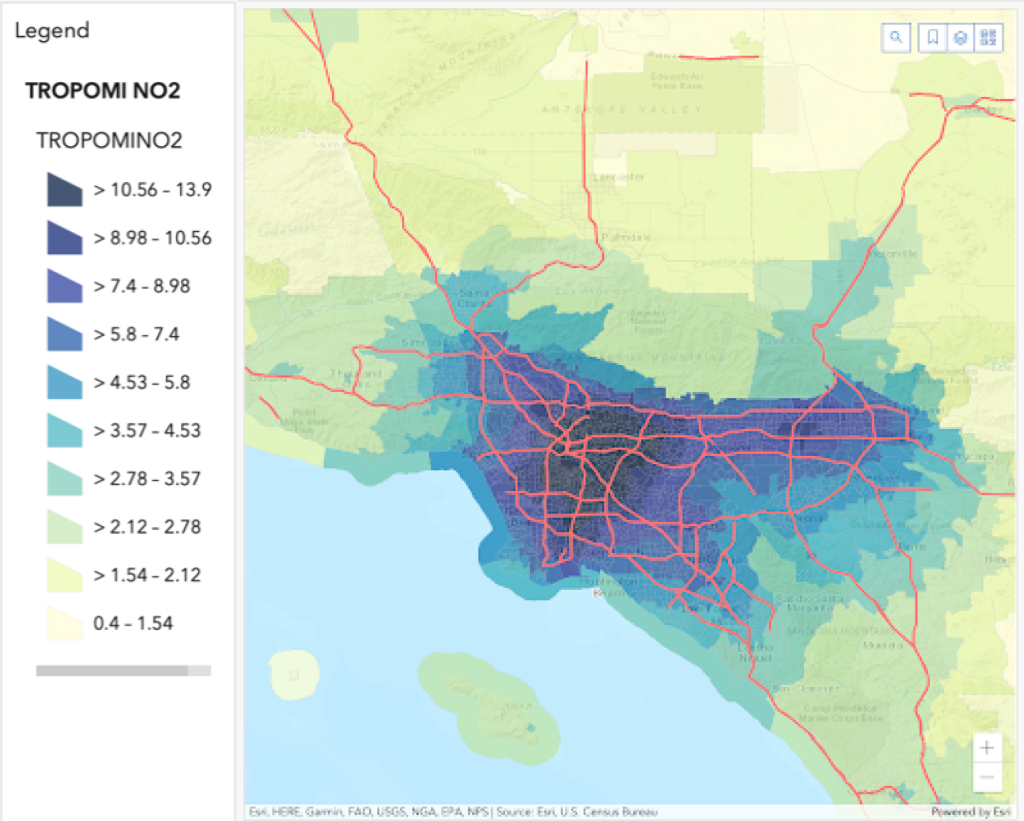 This webpage summarizes the importance of considering nitrogen dioxide (NO2) pollution when assessing environmental health-related risks and explains how a high-resolution NO2 dataset can be integrated into EJScreen, the EPA’s environmental justice (EJ) screening and mapping tool. EJScreen is a tool for everyone, and this document will benefit anyone interested in understanding NO2 pollution in their community and screening candidate areas for additional consideration.

Why is it important to include NO2 in EJ mapping tools?

Nitrogen dioxide (NO2) air pollution is pervasive in urban areas and associated with adverse health outcomes. NO2 is formed through fossil fuel combustion and often viewed as an indicator of traffic-related pollution. The short lifetime of NO2 in the atmosphere (i.e., hours) results in high levels where it is emitted and lower levels elsewhere. Often, areas with the greatest emissions and highest levels of NO2 are communities with higher proportions of racial and ethnic minorities and residents with lower socioeconomic status. The resultant inequitable distribution of NO2 presents environmental justice concerns, yet NO2 is not currently included in leading environmental justice mapping tools.

Is there a high-resolution NO2 concentration dataset that can be used to map disparities?

Yes! The NASA Health and Air Quality Applied Sciences team created a high-resolution dataset of surface-level NO2 concentrations globally (see “How was this NO2 dataset developed?”). It is available at the census block group level, the same resolution used by EJScreen. Figure 3 shows NO2 concentrations in block groups across the United States and in select metropolitan areas. Since traffic and industrial activities are a major source of NO2, urban areas and heavily trafficked corridors show up prominently in Figure 3.

The gallery of images below depict block group NO2 for select major metropolitan areas alongside two socioeconomic variables currently included in EJScreen: percent minority population and percent low-income population. These maps illustrate intraurban variations of NO2 and highlight potential environmental justice concerns. In New York City, one readily-observable feature is the high NO2 concentrations in the South Bronx, home to a large minority and low income population. In Philadelphia, higher NO2 concentrations do not extend into the white and higher income Northwest Philadelphia; however, concentrations similar to those in Center City are found in minority and low-income Northeast Philadelphia.

How do I add NO2 in EJScreen to see how it impacts specific communities?

How was this NO2 dataset developed?

Complete global estimates of surface-level NO2 concentrations at 1 km x 1 km grid resolution were described by Anenberg, Mohegh, et al. (2022). These estimates, available annually for 2005-2020, are formed by combining a land use regression model described by Larkin et al. (2017) with satellite-derived tropospheric column NO2 from NASA’s Ozone Mapping Instrument. The spatial patterns in NO2 in this dataset matched the patterns observed by EPA air pollution monitors.

We averaged this dataset to underlying census block groups in the United States using boundaries from the 2010 decadal census, obtained from the U.S. Census Bureau’s TIGER/Line geodatabase, and the methodology described by Kerr et al. (2021). About a fifth of census block groups are smaller than the 1 km x 1 km resolution of the gridded NO2 dataset. For these small units, we apply inverse distance weighting to interpolate NO2 concentrations to the centroid of these units. Interpolating NO2 concentrations to block groups that are much smaller than  1 km2 may smooth over fine scale NO2 gradients. Grid cells over water in the gridded NO2 dataset are assigned a missing value. A small number of block groups are primarily located over water (e.g., estuaries, reservoirs, etc.) and therefore have a missing value for NO2 in the census block group version of this dataset.

Who developed this dataset?

Satellite Data for Environmental Justice in the News 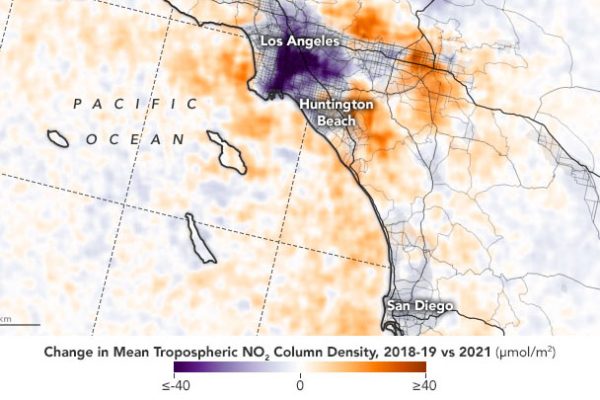 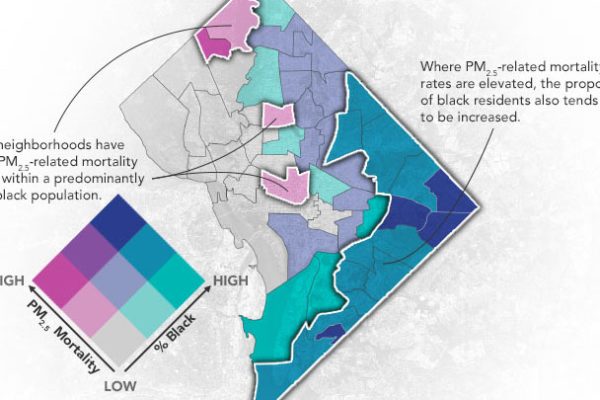 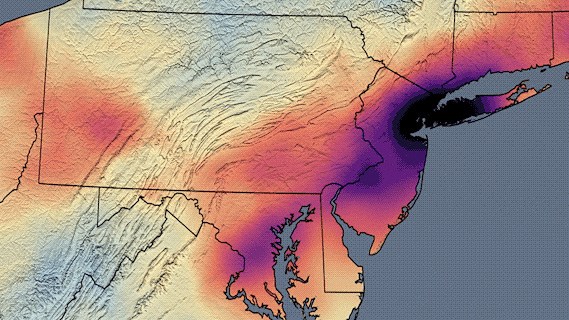 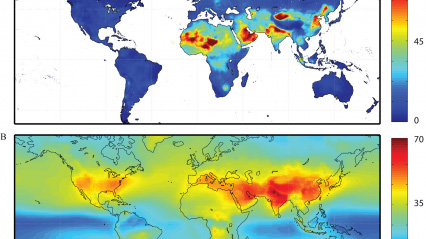 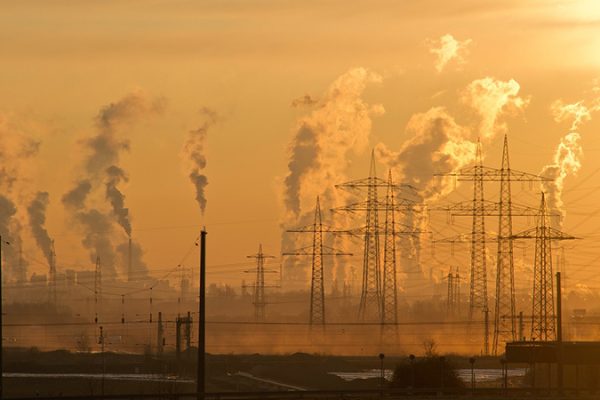 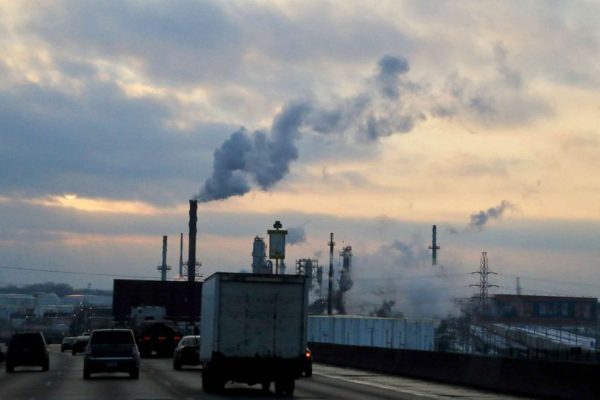 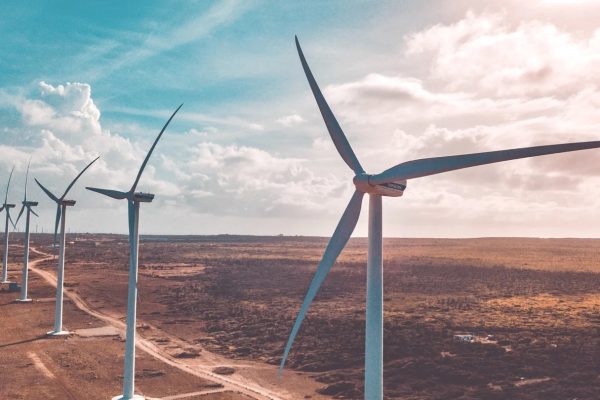 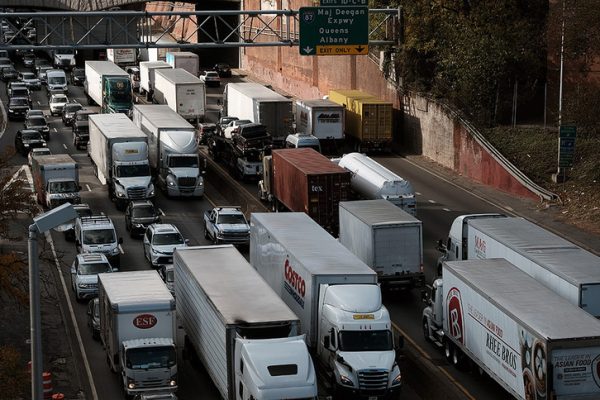 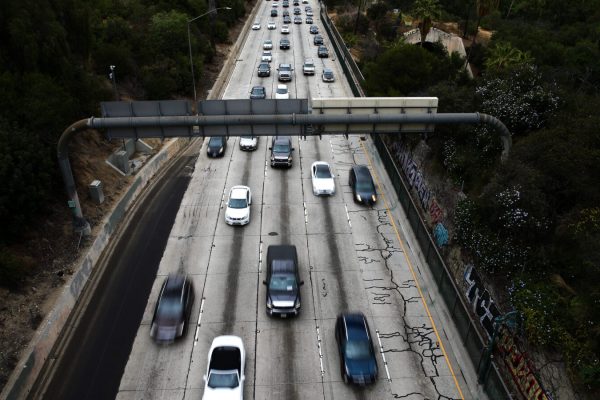 The pandemic made clear who doesn't get to breathe clean air. Now what? 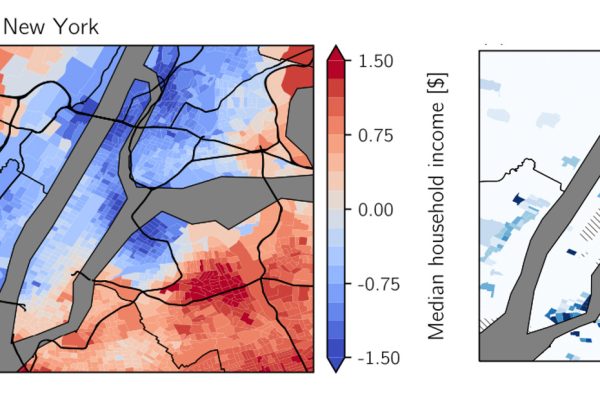 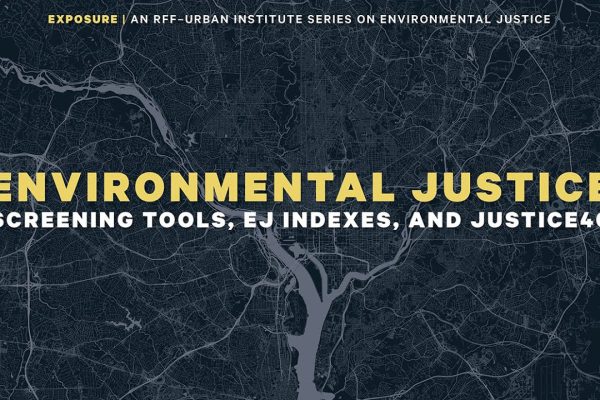 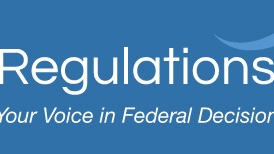